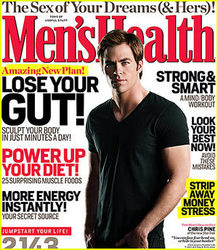 1. Don’t think of it as a diet restriction:

When you go vegan, you suddenly won’t be able to eat a lot of the foods you used to enjoy, and you may not have any food options at some social spots (like the movie theater or mall). Instead of focusing on all the things you can’t eat, think of veganism as an opportunity to try new foods. Before I went vegan, I had never tried things like hijiki, seitan, or Ethiopian food. Being vegan forced me to expand my parameters – and I am happy that I did!

Aside from nutritional yeast, there is no vegan dietary source of vitamin B 12 (and even most nutritional yeast is fortified). You will have to take a B12 supplement as a vegan. While it is possible to get all your other nutritional requirements on the vegan diet, it isn’t always easy. So, you may want to consider taking a multivitamin (at least until you get a grasp on the nutritional aspects of your new diet). After all, it won’t be any fun going vegan if you get sick in the process!

3. Get some great cookbooks and try new recipes:

Going vegan will be much more exciting and fun when you see all the amazing things that can be done with vegetables. Invest in a few great cookbooks. Then, set a day/days for trying new recipes. Over time, you will have a whole new repertoire of vegan recipes so you won’t ever have to wonder about what to eat again.

This is probably the most important thing you can do when transitioning to the vegan diet. You will need to seek out other vegans to help you with any questions you have. Even in simple matters, like how to cook tofu properly, the social network can be great support. Keep in mind that your social network doesn’t necessarily have to be from other vegans. For example, when I first went vegan, my (meat-eating) best friend and I organized a weekly cooking night where we’d try new vegan recipes.

5. Investigate what you can eat:

Did you know Burger King’s new French fries are vegan? Or that the Chipotle vegetarian fajita with black beans (not pinto beans) is vegan? We don’t always have time to cook or pack a lunch, so it is good to know what vegan food options are out there. This is especially true for new vegans to don’t have access to veggie-friendly supermarket chains like Whole Foods. So, take some time to figure out which foods are surprisingly vegan. They probably aren’t going to be healthy though – but you can let yourself off the hook occasionally!