What is a Vegan? A Very Short Explanation 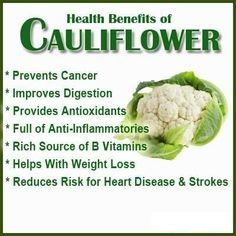 “Does “Vegan” mean there is no dairy in these cookies?” A little girl with chocolate-colored hair is looking at her shoes while her mother asks about my cookies. I am selling them at a local farmer’s market and my signs are marked clearly “Vegan.” I can tell she is not expecting to get to have any cookies today. I guess it has been a while since she was allowed a cookie, since her mother has obviously not done much research on baking without dairy.

“YEP!” I see the girl’s head pop up and she looks hopefully at her mother. Apparently the little girl has recently been diagnosed with a milk allergy. I hope it was VERY recently, because the story the mother tells me breaks my heart for this little girl. She says “she can’t have milk” and “it’s really hard for her because we all eat it at home all the time.”

Two things are painfully clear to me now. One, this little girl needs help, and two, so does her insensitive and ignorant mother. Personally, if my child was suddenly allergic to anything, that thing would never find its way under my roof ever again. Period. I would not torture a young child, forcing her to watch as everyone else enjoyed a full-dairy diet while she had to make do with substitutes.

Eating Dairy-free is just one of the aspects of eating a vegan diet. But it is, next to eating no meat, typically the most well-known aspect of a vegan diet. And yet, here I had a woman who presumably had begun her research into a dairy-free lifestyle (I hope) and had not heard of the term “vegan.”

With the fast growing green movement, and more and more people choosing a veggie-based diet, I am always surprised when I encounter anyone that is not familiar with at least the basic tenants of a vegan diet.

So what is a vegan? A vegan is a person that endeavors not to consume animal products of any kind. This includes flesh of all kinds, beef, chicken, pork and fish, animal-produced foods such as eggs, dairy, and gelatin, as well as most refined sugars, many wines, and many beers. A vegan will typically also not wear clothing or consume other such non-edibles that were made with animal products, such as leather or woolen goods, feather products (with the exception of humane-harvest feathers which are simply collected after the bird naturally molts) or silk.